New backpack for 3D mapping developed by FIT researchers. It is bound to be popular especially with land surveyors The device developed at the Faculty of Information Technology of BUT could, in the future, help land surveyors all over the world create 3D models. The backpack with a laser scanner and sensors scans the walk-through area and the software subsequently creates a model. The experts from BUT are now planning to work on a solution for cars.

In co-operation with Geodrom, a surveyor company, researchers from the Faculty of Information Technology of BUT developed a special backpack for 3D mapping. "When we were approached by the company's representatives, we had the basic odometry algorithms in our hands. We then created the hardware solution and refined the algorithms, and now have a prototype. It is still in the process of fine-tuning, being developed at the faculty at one moment and at the surveyor company at the next," said Martin Veľas from FIT BUT, who participates in the project.

Weighing approximately eight kilograms, the backpack includes laser scanners, GPS and multiple sensors. In the future, surveyors should be able to monitor an area by simply walking though it with the backpacks on their backs. "After coming into the office, they only need to download the data and have a computer process it and create a 3D model" describes Veľas.

Compared to the classic method of surveying using a total station, the backpack has several advantages. "It is very difficult to measure some objects, such as power lines bends and masts, with a total station - or the process simply takes too long. Our device will help not only with this, but it will also facilitate surveying inside of buildings," confirmed Matin Veľas. For scanning of the internal parts of the buildings, the experts from the FIT BUT used the SLAM methods, which enable them to calculate trajectories even in areas without a GPS signal. "In order to create a 3D model, one must have the trajectory data available. When calculated in exteriors, the GPS signal is usually used. To obtain the data indoors, we used the SLAM methods," added Veľas.According to Martin Veľas, the accuracy of both methods is comparable. But it is still one of the areas which experts want to improve. "Since we would like to reach the accuracy of five centimetres, the system has to be even more robust so that it can resist difficult conditions, such as enclosed spaces, long corridors or situations when the GPS signal is unstable or weak," said Veľas. 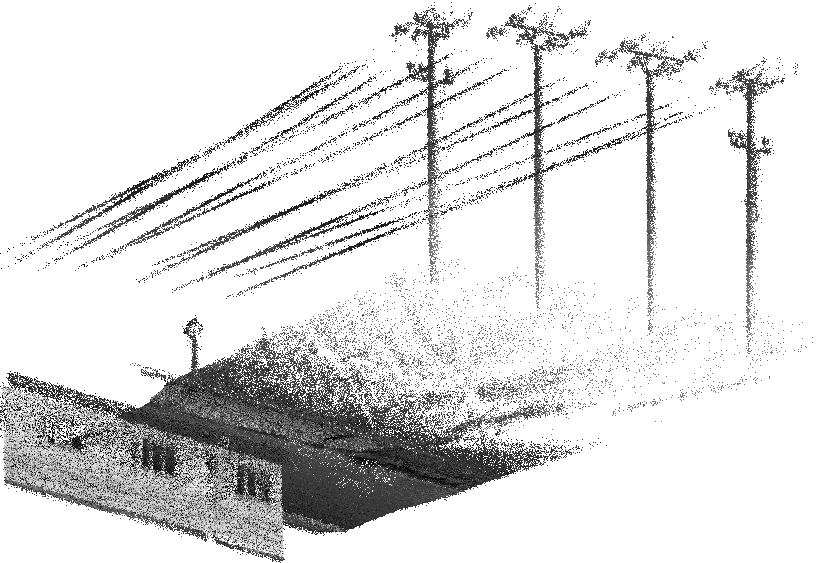 In contrast to other solutions, the backpack can scan e.g. power lines or various bends | Author: archive of Martin Veľas

Experts are now trying to adapt the device so that it can be used on cars, which would, according to Martin Veľas, offer more possibilities of use. Moreover, this would allow them to take advantage of other technological solutions and refine their measurements. "In addition to the fact that everything in the backpack can be placed on the car, we can also make use of the odometer, a device used to determine how the wheels are rotating, which helps us calculate the trajectory. Furthermore, the movement of cars is steadier, which improves the quality of scanning," added Veľas.

However, experts must resolve the problem with speed because the scanner often cannot keep up during a ride. "We therefore plan to obtain a scanner with a wider viewing angle. Moreover, a multi-directional camera will be placed on the car, allowing to capture the surroundings," said Martin Veľas.

Although similar devices already exist, the FIT BUT team is trying to come up with a solution which will be more affordable and universal when it comes to its use. It might be offered to customers as a service with additional assistance.