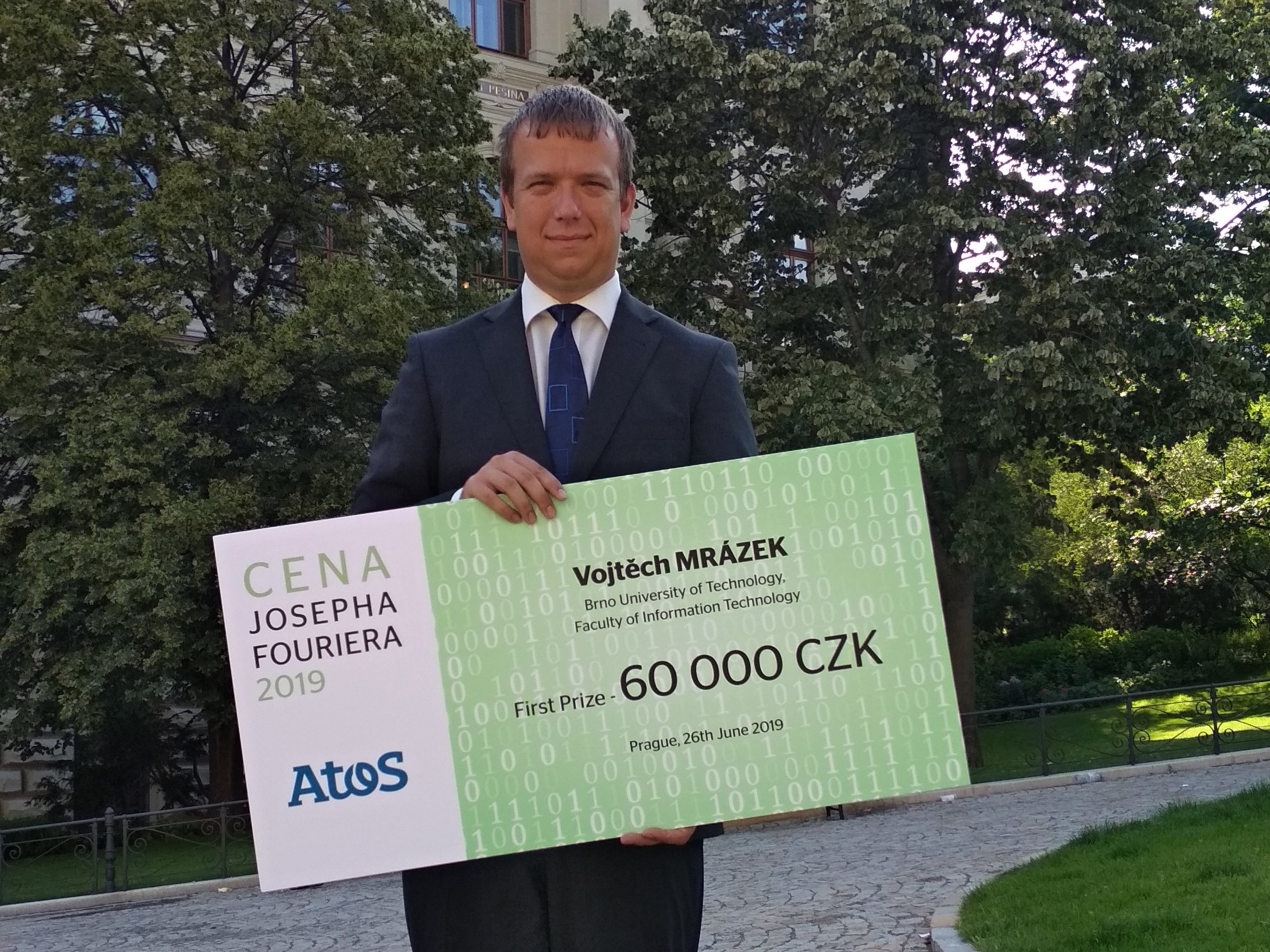 Dr. Vojtěch Mrázek of the Department of Computer Systems received the Joseph Fourier Prize (1st place), which is awarded annually by the Embassy of the French Republic in Prague in co-operation with Atos; the award was presented by Nobel Prize laureate Jean-Marie Lehn in a ceremony held in the National Museum. The prize is awarded to students of doctoral programmes for research work in the field of computer sciences and informatics. The winners receive financial support and are presented with the opportunity to travel to a research laboratory in France for sholarship. Vojtěch Mrázek deals with the use of machine learning for optimisation and approximation of digital logic circuits. His research was also recently recognised with the Antonín Svoboda Prize awarded by the Czech Society for Cybernetics and Informatics.