Ralph Ford received an honorary doctorate of BUT. He has been co-operating with FIT for over 20 years 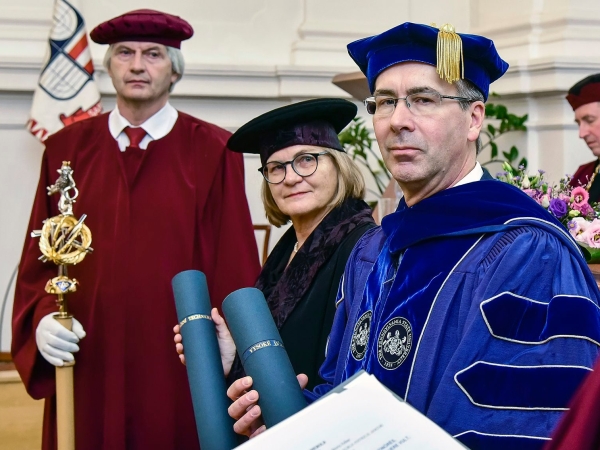 Ralph Ford of Penn State Behrend College received an honorary degree of doctor honoris causa at BUT. A nomination for the award of the doctorate was submitted by the Faculty of Information Technology, which has been closely co-operating with Ford for twenty years. Ralph Ford is the author of over 40 publications, the Dean of the Penn State Behrand College and a renowned scientist. He received the honorary degree during the ceremonial meeting of the Scientific Board of BUT. Read more about the topic in the article.

The honorary degree of doctor honoris causa is awarded at BUT to both Czech and foreign personalities who have substantially contributed to the development in an area that stands in the focus of the university's long-term efforts. The award of the honorary doctorate is based on the decision of the Scientific Board of BUT. Together with Ralph Ford, it was awarded also to Professor Ulrike Diebold of TU Wien.