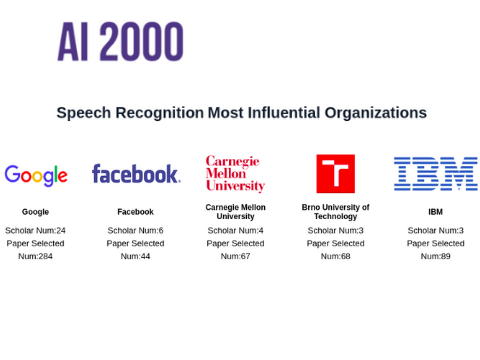 The latest ArnetMiner server's "AI 2000 Most Influential Scholars" ranking has confirmed that FIT researchers are among the world's leaders in the area of speech recognition. BUT is among the world's five most important institutions in this field in the world - alongside Google, Facebook, IBM and Carnegie Mellon University. FIT researchers Lukáš Burget, Jan Černocký and Pavel Matějka also feature in the list of the world's 100 most influential researchers. The Brno University of Technology is the only Czech institution to be included in the ArnetMiner tool for indexing and searching authors, publications and data in the field of computer science and BUT researchers, together with Tomáš Mikolov, a graduate of FIT, are the only Czechs indexed there. The Faculty of Information Technology and the BUT Speech@FIT research group have been among the leaders in the field of speech data mining for a long time now and they will host the world's largest conference in the field, InterSpeech 2021, this year.