How to replace biometric data and detect deepfakes? Students presented their best IT ideas at the Excel@FIT conference Over five dozen papers were presented in the final selection of the Excel@FIT student conference, which was held on Thursday by the Faculty of Information Technology of Brno University of Technology for the seventh time. FIT students presented their papers selected for the final round by a committee of experts from both the academic and commercial sectors. The faculty distributed CZK 160,000 among the best contenders.

Web applications, data processing, security and neural networks. These are just some of the topics presented at the Excel@FIT online conference on Thursday. The conference traditionally seeks to showcase the best practical solutions developed by IT students. "It is a space where students can present their work and inspire each other with their projects. They also have the opportunity to get feedback not only from academics but also from industry experts. We were pleasantly surprised by the interest in this year's competition, which had to be held online for the second time already, and especially the high quality of the papers presented," said Milan Češka, Executive Chairman of the Excel@FIT Board.

One of the projects awarded by the committee was a system for automatic evaluation of target shooting. It was developed by FIT student Jana Gregorová, who is a sports shooter herself. During training, she was fed up with the fact that she could not see the result immediately after taking the shot. "Seeing where I landed the shot is a feedback for me as to whether I have the correct posture, whether I am holding the gun properly, if I am sufficiently focused and so on. I always had to walk all the way to the target, which was not always possible right away, because there are usually other shooters shooting at targets nearby and you can't enter the shooting range until they're finished," explained Jana Gregorová. This is why she created a solution that both records and evaluates the shooting. It can be used by individuals but can also be built right into the shooting range systems.

"I connected a camera to a computer via USB or wirelessly using RTSP. The video input from this camera is processed by an application on the computer and the shooter can see his or her score and hits marked on the target. Once he or she is done shooting, the shooter can see an evaluation and the total score and check the state of the target at different stages to see how his or her shooting developed," explained Jana Gregorová. She has far-reaching ambitions with her project. In the future, for example, she would like to create a smartphone app for individuals so that they would not need to bring a computer to the shooting range and improve a number of functionalities.

Filip Kočica was likewise among the awardees. He has developed a tool that could help warehouses improve their performance in the future. "It is simple to use, so logistics managers can easily work with it even without a deeper IT knowledge. It can simulate the operation of a given warehouse and at the same time suggest optimisations that can bring up to two-fold increase in the orders processed," said Filip Kočica. He developed the tool, which can identify the optimal places for the products in the warehouse and the shortest possible order route, in cooperation with a Brno-based company focusing on warehouse automation. Filip hopes his innovation will find real-world use or at least provide an impetus for the next steps in warehouse development.

Pop-ups and banners asking users for consent to process their personal data annoy most people on the web. A solution was brought by Aleš Postulka. The web browser extension he created grants consent to websites automatically.  "In the extension's settings, the user can pre-set whether or not he or she consents to individual purposes of personal data processing. When the user visits a website, the extension tries to convey this information to the website so that the user does not have to do this manually," says Aleš Postulka. He plans to continue developing the web browser extension and the current version of the solution is already available in the Firefox add-ons store. 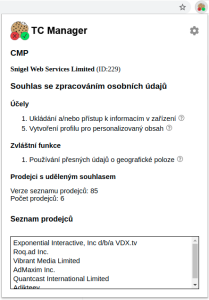 Flowers instead of biometrics

Security and neural networks were also among the most prominent topics. In his work, Ľuboš Mjachky tried to find out whether it was possible to replace biometric data, specifically images of faces, with completely different objects - for example, images of flowers or shoes. "In my paper, I show how a neural network can be used to transform faces into flowers, which can then be used to log into various systems instead of the real face," explained Ľuboš Mjachky.

Why use a neural network, which you can have in your mobile phone, to replace a face with another image at all? "It's about security and user privacy. The server does not know the real face of the user and the attacker has no possibility to reconstruct his or her face. In the event of an attack, even if the phone is stolen, they will not learn the real identity of the user," said Mjachky. This solution, he argues, can be used in systems that require facial recognition login, but the research is only just beginning and will need to be tested. 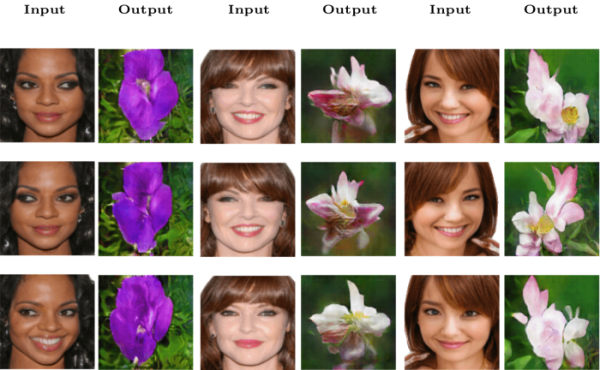 The security of voice biometrics was the focus of Anton Firc's project. He investigated the severity of the threat posed by synthetic speech - a form of deepfake - to systems secured by the user's voice. These are used today, for example, in call-centres run by banks and mobile operators. "It is clear from the results of my work that this topic will need a lot of attention in the future. The systems that were challenged in this way accepted the fake synthetic speech as genuine. But the results also showed that it is possible to mitigate the threats posed by synthetic speech with the right biometric setup," said Anton Firc. He added that the techniques used to create deepfakes are still relatively new and their security implications and practicability are not fully explored yet. He would like to work on them as part of his planned doctoral studies.

A panel of experts awarded prizes to a total of 20 students' projects. The Jiří Kunovský Award was awarded to five projects based on over one thousand votes cast by public in an online voting. Another twenty prizes were awarded by the industrial partners. The awardees received grants worth 160 thousand Czech crowns in total. The results and samples of the papers can be found on the conference website.