BUT sensors protect bee colonies from starvation and theft 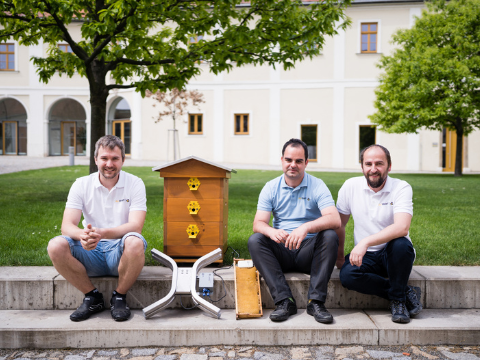 Do you like honey? And do you know what it takes to get it on your table? The bees must survive the winter, start collecting nectar in the spring and not freeze to death. But even warm weather and a strong bee colony are no guarantees that the beekeeper will be able to extract the honey. The bees can swarm and fly away, starve, or be stolen with the beehive. But there is a way to prevent all that: ApiVčelař 4.0 and the smart scales and sensors invented by BUT experts that remotely provide data to beekeepers.

"The beehive is a kind of a black box. Something is going on inside, but the beekeeper only learns what when he opens it and takes a look inside. Our aim is to make the beehive transparent so that all information the beekeeper needs to make decisions is available immediately on a mobile phone or a PC," explains researcher Petr Sadovský, who works at the BUT Faculty of Electrical Engineering and Communication.

Smart beekeeping takes into account the beehive's temperature and humidity, but also the weight and its changes over time. This shows, for example, whether bees are bringing the necessary nectar. | Source: Shutterstock

Frequent opening and inspection of the hives are rather detrimental to the bees. The apiaries also usually have to be driven to by car and once a week inspection may not be sufficient in some cases, as the stories of some customers show. In fact, the research team managed to not only develop the system but also partner with a commercial company to bring it to market within only a few months.

"A powerful gust of wind in the apiary caused the beehives to topple over. You would normally not have found out, but the scales in the app suddenly showed zero weight. The beekeeper got there, found the toppled beehives and put everything back in order in a couple of hours. Without the application, he would have found out after a week or later, and by then it would have been too late," said Sadovský about the experience of one of the customers.

The aforementioned scale is one of the accessories designed by BUT experts. They also kept in mind that the Czechs are famous for their do-it-yourself attitude and the beehives in the country are often quite far from being standardised in shape and form. "We have come up with a design that is universal and works with any type and size of the beehive. The scale monitors the weight of the bee colony and transmits the data online. Some older beekeepers, for example, use mechanical scales directly in the apiary. But that still means someone has to go there and do the weighing. We can see what is happening in the beehive in real-time online," says Jakub Podivínský from the Faculty of Information Technology. 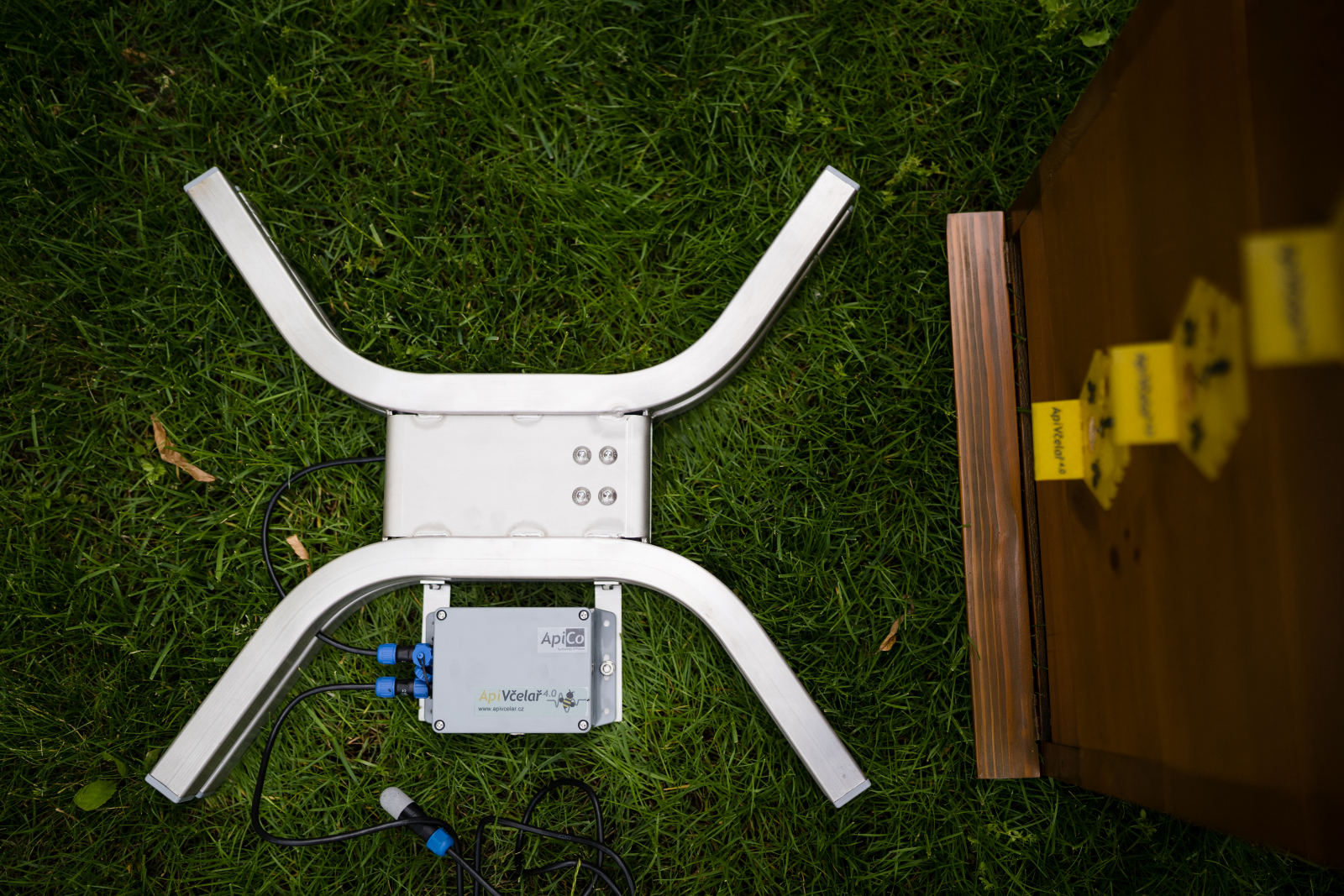 The scale is one of the main elements of smart beekeeping. The beekeeper can tell from the chart what is happening in the beehive and if the bees are bringing in nectar. | Source: Jan Prokopius

It was he who came to Petr Sadovský two years ago and told him that he would like to work on something that would be fun, have tangible results and help other people. And since they are both active beekeepers, they decided to pursue the project. Creating a scale was the first step. From the weight of the beehive, the beekeeper can determine how fast the bees are bringing in nectar and whether it is necessary to add another honey frame and recognise that they have eaten through all their winter food and they are starving. In combination with the humidity and temperature sensor in the beehive, the beekeeper is also alerted when the bees have swarmed.

Petr Sadovský confirms that even the sudden departure of a bee colony that has decided to swarm can be detected without being physically present in the garden. All you need is a mobile phone that receives data every 30 minutes from sensors installed in the beehives. "On a warm day, around noon the temperature in the beehive will start to rise as the bees look forward to flying out. Suddenly, the weight of the beehive drops sharply by several kilograms, and the beekeeper knows it happened, takes time off work and goes off to catch the bees," laughs the researcher, who used to help revive the Mendel apiary in Brno. "About three weeks ago, a customer told us that an alert popped up while he was at work. He told his wife to take a look in the garden and she found the swarm in a tree. He immediately set out to catch it," adds Jakub Podivínský.

Unfortunately, beekeeping is interesting not only for those who have inherited beehives or made it their hobby but also for thieves. But the system developed at BUT can help with this problem too. A small box, which the creators named ApiStopař (tracker), is placed in the beehive before the season. The bees cover it with wax so that it becomes largely hidden from view. If nothing is happening to the beehive, the tracker is in sleep mode. But the moment the beehive is taken and loaded into a car, the box wakes up, sends an alert to the owner and starts showing its location on the map, giving directions as to where the thief is taking the valuable cargo.

"Bee colonies are sold for, say, CZK 4,000 in spring. This year the yield is excellent and one colony can produce up to fifty kilos of honey in a year, which is a lot of value to lose. Of course, the beehive itself costs something as well," Podivínský calculates the potential damage. The theft of a single beehive easily adds up to more than CZK 10,000.

The researchers find the most interest in smart beekeeping among the younger generation of beekeepers. ApiVčelař will help to increase honey yields for experienced beekeepers and beginners alike. Thanks to artificial intelligence, future iterations of the system should be able to predict certain situations and evaluate them based on previous experience. And it will give some peace of mind to newcomers who have no beekeeping grandfather in the family. "Older beekeepers generally don't trust technology that much. They have years of experience. All they need is to come to the beehive and observe the nature around them, they don't even need to open the beehive that often. They don't need the help of artificial intelligence, they have their own lived experience to rely on," concludes Petr Sadovský.