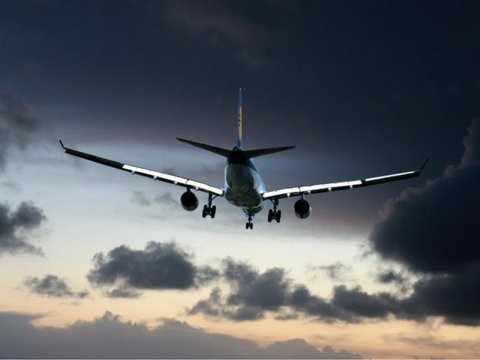 The pilot is preparing for landing on the runway when a blinding green beam illuminates the entire cockpit. It was just hit from the ground by an attacker using lasers. Each year, the police register several dangerous incidents that could potentially result in a tragedy. Therefore, the Václav Havel Airport in cooperation with the Czech Police reached out to researchers from the FIT BUT, CTU and the University of Defence. The goal is to design a system of aerial protection against low-power lasers.

Attackers usually try to hit aircraft at its most vulnerable - during take-off or landing. While the aircraft is partially controlled by automatic systems, the pilot still needs to manually direct it to the runway. "The attacks usually happen at night, when the beam can illuminate the entire cockpit and momentarily blind the pilot. The low-power lasers used by the attackers have a range of up to 10 kilometres. For the police, it is virtually impossible to locate and find them in time," Martin Drahanský, project leader from the Department of Intelligent Systems at FIT BUT, explains.

Usually, the attackers target busier airports, as it increases their chances of hitting an aircraft. "It's easier to hit a large airliner because it can't stop or change course. If they target, let's say, a helicopter, the attack can backfire. At an air force base, someone tried to dazzle a military helicopter. However, it flew to the source, descended and the soldiers dropped directly on to the attacker. In civilian air operations, however, it is virtually impossible to catch the attacker as they may be several kilometres away from the airport," Drahanský says.

This problem should be addressed by a 4-year project organised by the Technology Agency of the Czech Republic that was launched this year at FIT BUT in cooperation with the other aforementioned institutions. Its goal is to design a camera system using smart algorithms that can detect and locate laser sources endangering air traffic.

"Camera systems equipped with an optometric system with a radiation amplifier will be installed at the airport. They are crucial in distinguishing the laser beam in good weather conditions, when it is not well visible thanks to small particles scattered in the air, such as smoke, fog or clouds. By using computer vision and the right algorithms, we will be able to identify the beam trajectory and plot the coordinates of the attacker on the map. The patrol then immediately receives this information," says Drahanský, explaining the principles behind the new security system.

However, designing a functional solution will not be easy: "We have to choose a suitable algorithm that can detect the beam even in the airport environment that is full of light pollution. So far, an edge detector based on image rotation shows the most promise. Unfortunately, this is a computationally expensive operation and we need to send the data to the patrol within seconds, not the following day. We will have to optimise the computing power and hardware solution to make the system fast, functional and compact," he points out.

A timely identification of the attacker is another challenge. "The system will locate them accurately, but if they are several kilometres away, they will probably leave before the police arrive. And even if the patrol eventually does catch them, finding evidence for their crime will not be easy," Drahanský says.

For the future, researchers are considering the use of "patrol drones" that would not disrupt the security of the no-fly zone near the airport. "The moment we get the coordinates of the attacker, the drone could fly to the location and see if anyone is there. A thermal imaging camera can detect a person even in the dark and follow them to the car, where it can read the vehicle's licence plate. It will then send the information to the police patrol who can find the vehicle on the road," Drahanský explains.

In about a year, the researchers want to test the system at the premises of the University of Defence and BUT - they will also reach out to the Brno airport for cooperation during trials. After testing, the system will be installed at the Václav Havel Airport in Prague. This is the first project of its kind in the Czech Republic and abroad.