The laboratory is focused on research and experimentation in the field of human-machine communication, and currently, it focuses on human-robot interaction. The lab is spatially interconnected with a robotic lab, and ground robots are used to various experiments. The lab is further equipped with an extensive set of sensors for sensing the situation in the robot environment, positioning and movement of people and robots, operator gestures etc., as well as a number of specific imaging devices for realizing virtual and augmented reality (VR/AR glasses, Spatial AR and mobile devices). 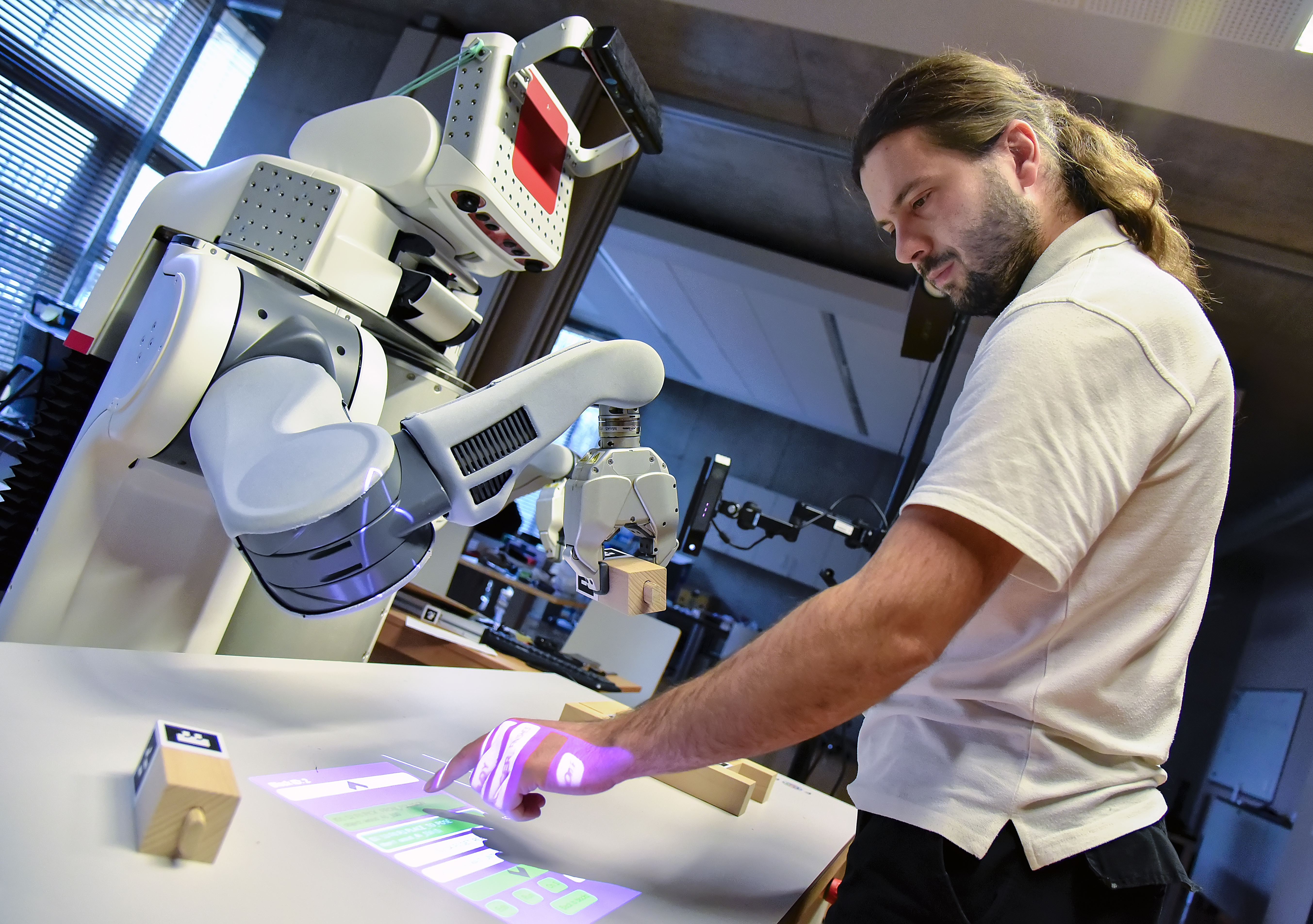 The modular workplace simulating the Industry 4.0 environment serves as a demonstrator of the possibilities of the ARCOR2 system, which enables visual programming in augmented reality using the AREditor application (see video). Each module is equipped with its own robot (Dobot Magician and Dobot M1) and a 3D sensor (Kinect Azure) for monitoring the workplace, robot, and components. The modules can be connected and the robots can then, for example, transfer components and thus cooperate on a more complex task. A demonstration task is prepared at the workplace, including the detection of components and their manipulation using a pair of robots. Using a tablet with the AREditor application, it is possible to view the task, control the program execution, or, for example, adapt it to a new type of component. 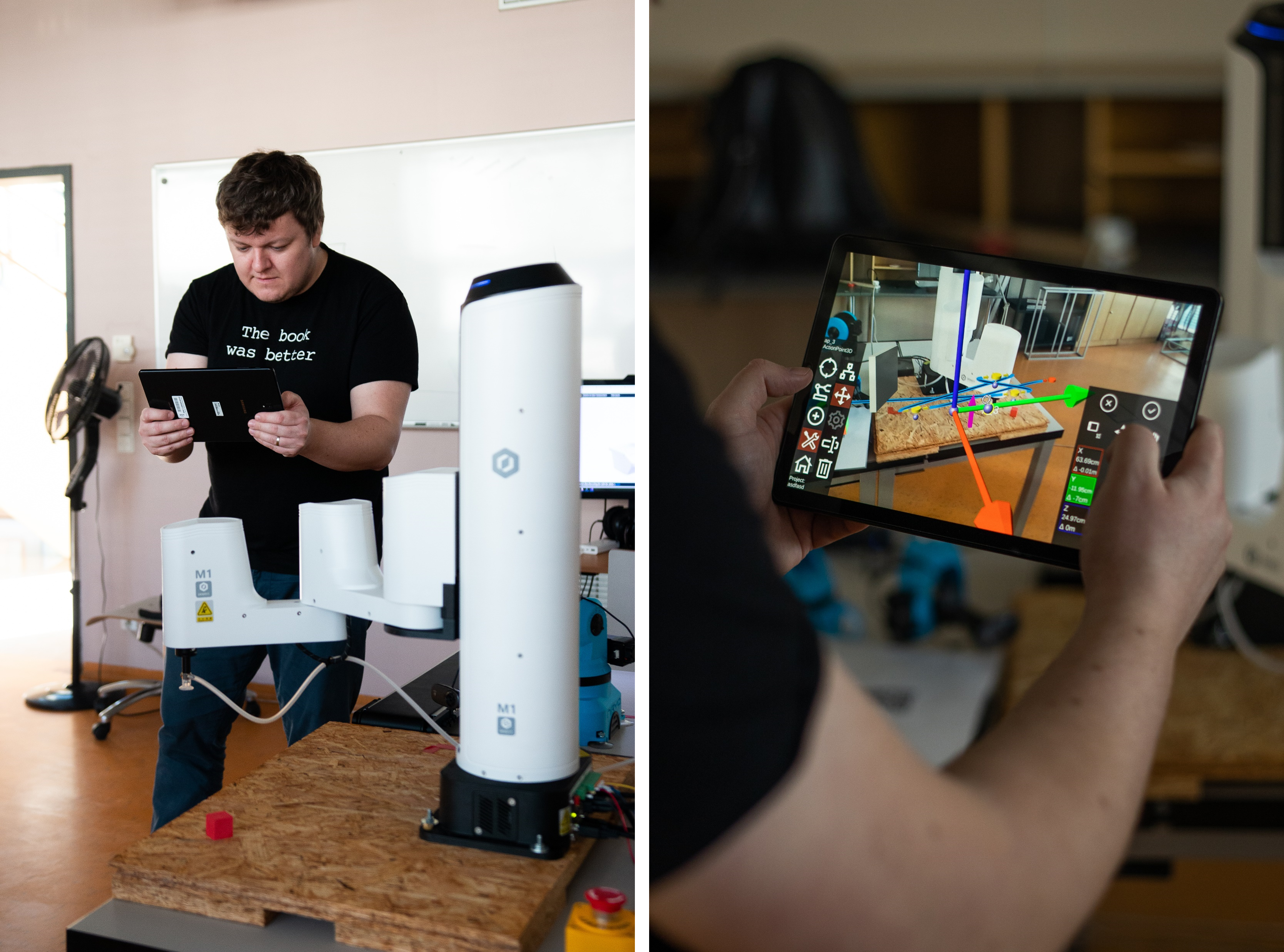 In cooperation with ABB, the integration of the borrowed two-handed collaborative robot ABB YuMi into the ARCOR2 system took place (video). A demonstration task was then prepared with the robot, demonstrating the ease of editing the program using the AREditor application and the possibility of working with a robot that has more than one arm. The inclusion of the Dobot M1 robot in the demonstration then presents the ability of the ARCOR2 system to serve as a unified environment, enabling the integration of devices (robots) from various vendors that do not need to be controlled and programmed using individual proprietary applications or PLCs.

The integration was performed in the form of creating several simple programs in RAPID language, which create a TCP server, allowing the plugin to the ARCOR2 system to communicate with the robot, for example, to read the positions of end effectors, individual joints, or send requests for movement. Furthermore, the Robot Web Services interface was used, which allows, for example, to restart the robot program or to control the state of its motors. Ready support for the YuMi robot is freely available on GitHub.